I’ve been hearing about directed acts of kindness post-Sandy, and I have to say it really is encouraging.  While it is unfortunate that a community’s true stripes are most evident in times of distress, it’s nonetheless amazing to witness all the “little” efforts people make to help one another, especially as I’ve seen in the weeks since the storm.  We just got a comment from Reveler Ralph about a simple act he did to help a friend who was away during the storm, by checking on his house , sealing up broken doors, and turning off gas valves (smart — I don’t know that most people would think or know to do that).  Then I was checking out PS8’s website in preparation for their holiday craft fair this Saturday, when I saw this notice:

I especially like that the lunches are offered to all, and there’s no required showing of distress from the storm or other financial hardship to receive it.  I don’t currently have a school age child so I may not be up on what’s happening in that microcosm today, but it has made me happy to see groups of school kids with their school reps setting up mini-farmers markets offering either produce they’ve grown on their own school grounds or food donated from local farmers.  I’m especially grateful to see that breakfast is free for all students every day — sounds like someone’s been heeding the longstanding nutritionists’ advice that good health rests on a well fed morning.

Kudos to Brooklyn borough president Marty Markowitz, too, whatever you may think of him.  We get his complementary publication “Brooklyn!” which features short public interest pieces, and emphasizes small business efforts in our borough.  This most recent issue features “Sandy Samaritans,” including, among others Matthew Kraushar, a medical student who helped organize a pop-up medical clinic in a distressed area of Red Hook, which also reached out to the homebound to make sure they were okay.  Deborah Carter, president of the Tenants Association at Gravesend Houses helped evacuate tenants before Sandy, and afterward helped provide them with food, water and other supplies.  And, not reported in that feature in Markowitz’s “Brooklyn!,” but still significant, a grassroots group called People’s Relief, has organized to fill the void where government relief has been insufficient or, according to some, altogether absent.

Hooray for people, every one of us.  Please share your post-Sandy stories.  Let us know what you’ve seen that’s encouraging or discouraging, and everything in between.  Go ahead … gimme the dirt!

While counts of the toll the two storms that hit the northeast in recent weeks continue toward a final tally, people of the area busy themselves donating to others still in need, waiting in gas lines, resuming (or trying) semblances of normal in their work and personal lives, while others wait for electricity and struggle to stay warm. 400,865 homes in the eastern U.S. remain without power as of yesterday.  The least fortunate of us trudge the long uphill road of grieving lost loved ones. For those, the pain will last long past the clean up crews and news media. For those, the recovery never really ends. The death toll of victims in the U.S. has reached 120. At last count, it was close to 70 victims in the Caribbean, hitting Haiti (52 fatalities) the hardest.

Flashes of hope of the basic compassion of humanity are present in the vast relief efforts underway. From local long-standing businesses such as Two Boots Brooklyn, organizing food and clothing drives, to the new and innovative Mealku, making sure those who have lost much are receiving home cooked meals. And of course there are so many others lending a hand and organizing volunteers: Red Cross, NYC Mayors office, New York Cares, Congregation Beth Elohim, Occupy Sandy, the Humane Society (leading pet search and rescue efforts), Staten Island Recovers, and of course The Salvation Army. If you are donating, please remember the victims in Haiti, whose suffering is all that much greater given its extremely impoverished state and particularly vulnerable to the effects of natural disasters and global warming. Please consider contributing to groups such as Direct Relief and International Medical Corps and Americares.

Most everyone I know is in some way in the trenches, whether by helping a family member or hard hit local business (like Rocky Sullivan’s in Red Hook – my friend, part owner, was there with a pump before realizing the task ahead was too great — he was able to keep himself safe but the bar/restaurant itself has suffered serious damage). (Please check out this NYT blog post if your small business was affected by the storm).  Others are rolling up their sleeves and coming from our of state to see what help still needs to be done. At Greenwood Cemetery, they’re busy removing the 150 trees that were destroyed during the storm, and restoring many broken monuments. Donations for that restoration are being accepted online.

Please let us know of other disaster relief efforts you are supporting, what people can do to help, and any useful links you may have. In the wake of so much destruction, the helping hands of others is the real source of recovery. 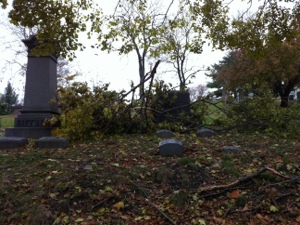 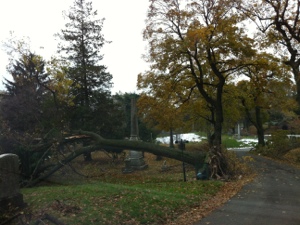 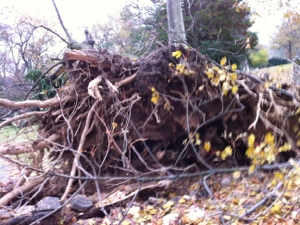 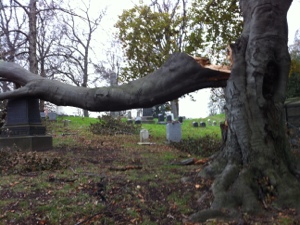 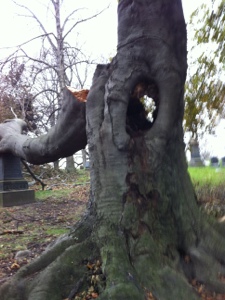 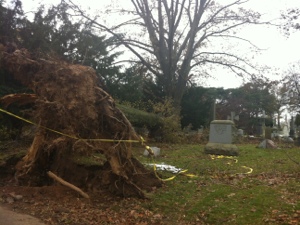 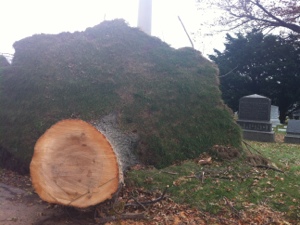 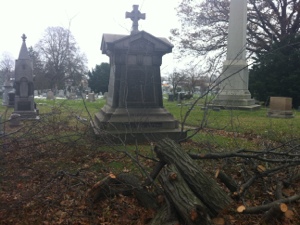 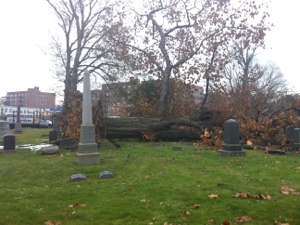 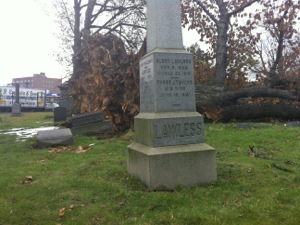 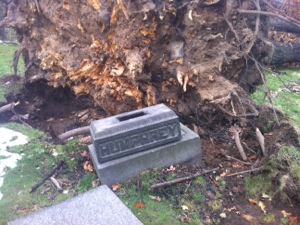 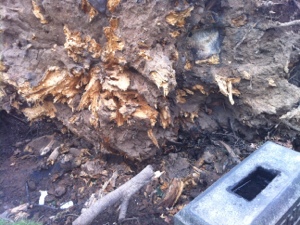 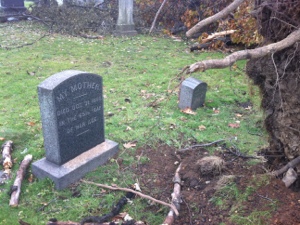